Band of the Week: Felicity Groom 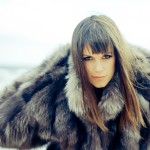 So far my “Band of the Week” posts have featured Seattle artists, but this week I’m breaking that trend and bringing you a little taste of the music scene from the place where I grew up; Perth, Australia.  The first Aussie act I’d like to share with you is Felicity Groom.

Before I talk specifically about Felicity I have to let you in on a little secret.  I’m a real sucker for a gal that can sing with style and attitude.  I love strong female vocalists who aren’t afraid to leave it all on the stage and commit to their music without hesitation.  Given that, one night in 2006 I fell in love with one Felicity Groom.  Here’s how it went down…

A friend introduced us at a festival event, explaining that Felicity was a great singer recently back from London.  Felicity looked me straight in the eye with a kind of uncomplicated confidence and a big grin and then whisked off to enjoy her night.  I remember thinking this girl has charisma, and made a mental note to check out her next show.  So off to the legendary Hyde Park Hotel I went a couple of weeks later wondering whether this gal could deliver on stage.  Folks I’ve seen a lot of music and I can’t remember ever being more blown away when seeing someone for the first time.

When Felicity takes the stage you have to be ready to take a ride with her and to celebrate the beauty of a woman who isn’t afraid to sing the line; “I would like to take you home tonight!”  Ridiculously talented and sexy in equal parts I think I walked out that night giggling like an eight year old school boy who had just held hands with the cute girl at lunch break.  When I got over that all I wanted to do was call her to ask if I could manage her!  Instead, I ended up moving across Australia, leaving my little music management/booking business for stunning beaches, hippies and dancing in drum circles… but that’s another story.

Since that night in 2006, Felicity has been on bills with great Aussie artists such as Tim Rogers, Paul Dempsey, Sally Seltmann (who co-wrote the song “1234” with Feist), Sarah Blasko and Tame Impala, but the recorded releases have taken their time coming out.  She released an EP titled “Treasures” in 2009 which featured the single “Criminal” (video below), and is due to release her debut full length album “Gossamer” on 11/11/11.  She has already released two singles from that album being “Finders & Keepers” & her current track, “Siren Song” both posted below.  You can download both songs by clicking here.  Let me know if you enjoy… I’d love to bring Felicity to Seattle so your comments might provide inspiration!

Next post »
Tonight: WineUp – A meet-up for Team Up!