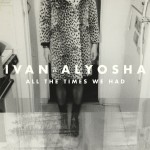 If you haven’t heard of Seattle band Ivan & Alyosha, my guess is you’re about to hear a lot about them.  Their folk-pop, harmony rich, full length debut album titled “All The Times We Had” drops next Tuesday 2/26, and it’s receiving a lot of praise.  I’ve had the album for a couple of months and I love it.  My tip is that they, along with Pickwick, will be the next bands to successfully rise out of Seattle’s very healthy music community and take their places along side recent Seattle success stories like The Head and The Heart, Allen Stone, and Macklemore. 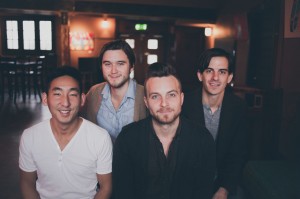 Ivan & Alyosha are about to get big and it couldn’t happen to a nicer crew of guys.  Over the past two years I’ve had the opportunity to get to know them personally, largely due to the fact they’ve headlined two “Gigs4Good” benefits for the nonprofit I founded, Team Up for Nonprofits, and I’ve also helped them out with their social media strategies.  My take away from my time with them is that the term “nice guys” really applies here.  For further proof, they have also streamed multiple live performances to sick kids through the Melodic Caring Project.  I’ve had a great opportunity to witness first hand their growth musically, and as a marketer and former band manager, these guys really get me excited because they have all the ingredients for success!  They’re very talented – their harmonies are sweet (proven by their numerous acoustic performances), they work hard, they’re professional and committed, their shows are fun, and they’re not ugly… like I said, I’m wearing my marketing hat here.

Here’s a few indications that others agree with me…

And if that’s not enough, publications such as RELIX, PASTE and MTV Buzzworthy have collectively likened their harmony infused music to legends like Fleetwood Mac, Fleet Foxes, Band of Horses and The Head and The Heart.  Big praise for a band putting out it’s first full length next week.  For those in Seattle, you should catch the bands Album Release Show this Saturday night at the Showbox Market, a show made even better by it’s supporting acts, Kris Orlowski (one of my previous Band’s of the Week) and the up and coming Smokey Brights.  Tickets are still available and can be purchased here.  If you’re not in Seattle the boys will be performing across the US and Canada all of March, April and into May.  Click here for show dates near you.

As usual I’ve selected three of my favorite clips to show you… enjoy!