The Real Hugh Jackman: From WAAPA to Logan 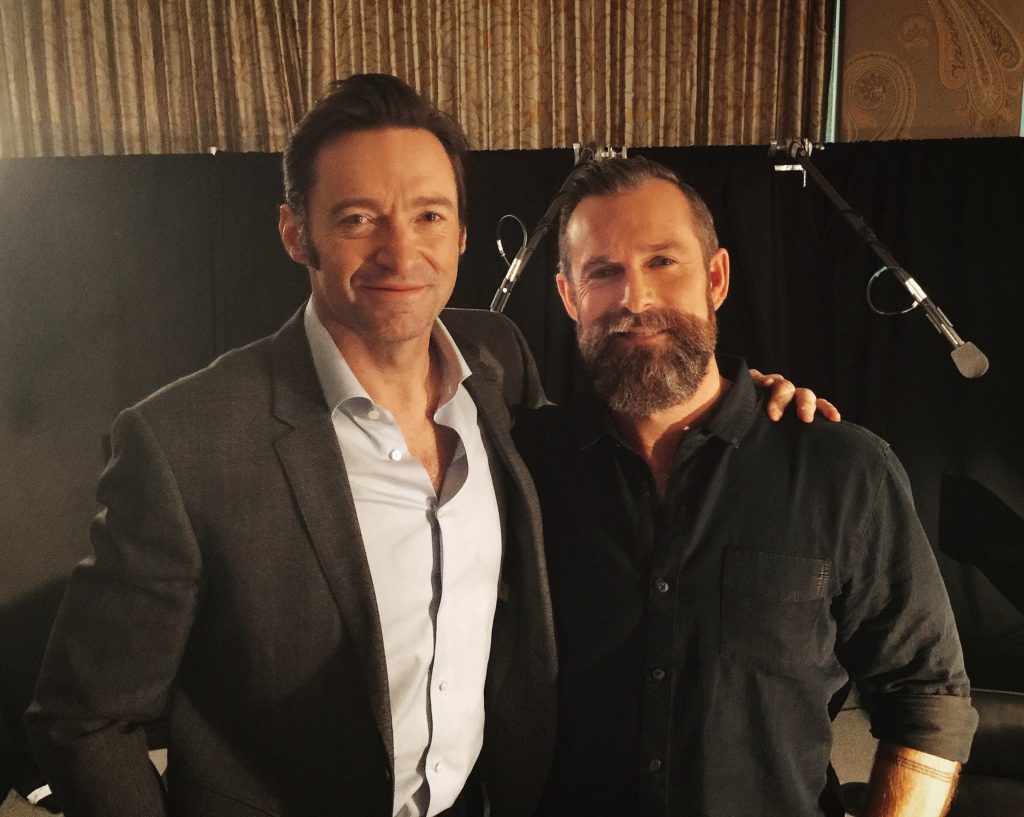 It took 23 years but I finally got the chance to reconnect with Hugh Jackman, my old college mate.  All the way back in 1993/94 Hugh and I were both at the Western Australian Academy of Performing Arts (WAAPA) in Perth, Australia. Hugh, back then, an aspiring actor studying theater, me an Arts Management student learning how to manage arts agencies like dance companies, arts venues and bands.  We were a couple of guys following our dreams without a clue as to what was coming next.

What I clearly recall, and many of our friends do as well, is that Hugh has always been the Hugh you see on TV today.  He always remembered your name, he always had time to stop for a chat and say hi, he was always professional and on time and he was the most talented person at WAAPA, and we all knew it.  So it was no surprise to us to see Hugh’s career take off straight out of college and it was with great pride that we saw Hugh take the world by storm, moving from Australian TV and movies to the West End in London, to Hollywood, to Broadway and back to Hollywood, winning awards and critical acclaim along the way.

Of course Hugh is most famous for his role in the X-Men Series as Wolverine, which has made him a household name around the world over the past seventeen years.  On March 3 this year, the movie Logan was released, the last movie in which Hugh will play this iconic character.  Before the release 21st Century Fox offered local TV stations across the US the chance to find their biggest “Wolvie” and send that person to New York  to meet and interview Hugh in person.  Seeing this I immediately jumped at the chance and submitted my video application, and what do you know?  I won! 😉

So off to NYC I go thanks to Komo 4 News entertainment reporter Scott Carty. Folks, follow Scott, he’s one of the good guys and he literally made this dream come true for me.

The big day came long, but before I get to interview Hugh, Scott and I met and interviewed Hugh’s co-stars, Sir Patrick Stewart and Boyd Holbrook (pictured below), as well and Logan director James Mangold, all of whom were fantastic, but hey, as you can imagine meeting Sir Patrick Stewart was pretty special! 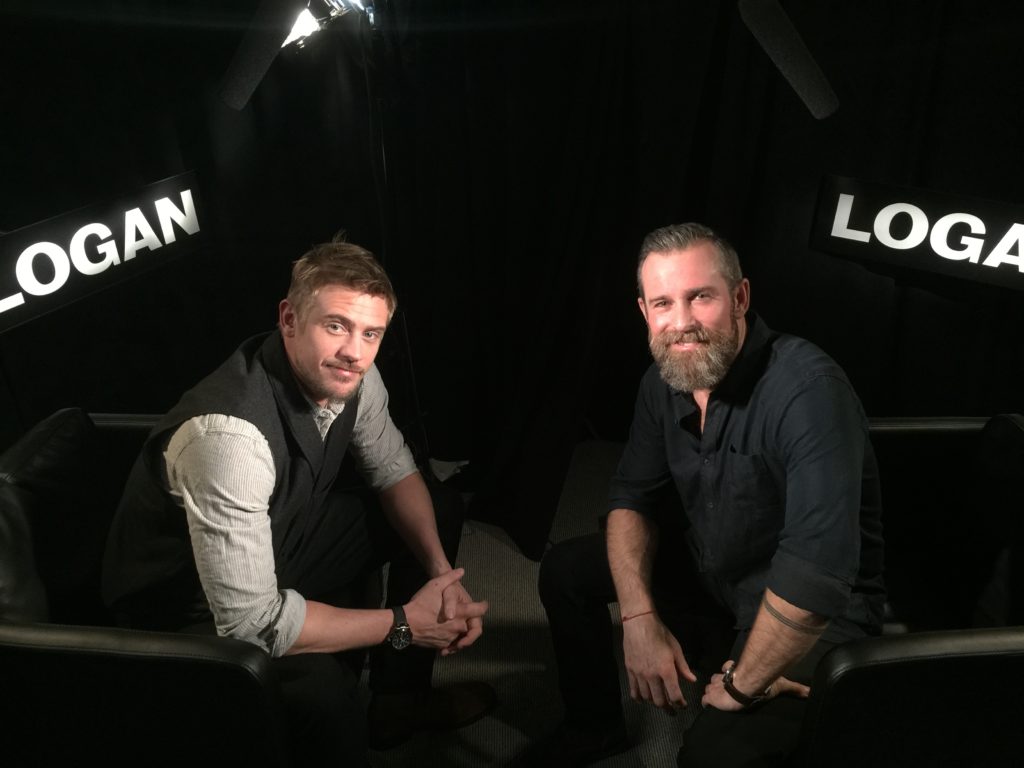 Then it was time for me to enter the door marked Hugh Jackman.  I knew his team had given him the heads up that an old Academy friend was about to come interview him.  The door opened from the inside, and as the person before me left I could see Hugh standing in the middle of the room, hands on hips looking to see who was coming into the room and I immediately thought, great this will be awesome if he doesn’t remember me.  But in true Hugh Jackman style when I got into the room he recognized me and let out a big “Ryan! Wow it’s been a long time mate, how are you?”  We had about a minute and half to connect before his team ushered us to our seats and sadly this quick chat was not captured on film but it was just a couple of Aussie mates remembering a few times they had back in the day along with a laugh or two about them.

The rest, as they say, is history as it was all captured in the interview and my reaction to it in Scott’s interview of me after I met with Hugh.  It really is a rare thing to meet and befriend someone, then they go on to be world famous, and then years later you get to reconnect and basically check in.  I think I speak for everyone who knew Hugh at WAAPA in saying we have been so immensely proud of his achievements, we’ve ridden the journey with him, wishing him more and more success.  He was living our dreams and we quietly lived that experience with him from afar, at least one of us made it!  From his first TV show and him meeting Deb, to his Tony on Broadway for The Boy From Oz, to having his two kids, to hosting the Academy Awards, to starting a fair trade coffee company we’ve followed his journey.  What Hugh Jackman doesn’t know is how much joy that’s given us, so for that I say thank you my friend, may your star continue to shine brightly, you were the one my friend, no one deserves it more.

Below is Scott’s video of my journey to NYC, my full interview with Hugh and Scott’s interview with me after.  Again, Scott, thank you for this opportunity.

And here are my two favorite trailers for the movie Logan… 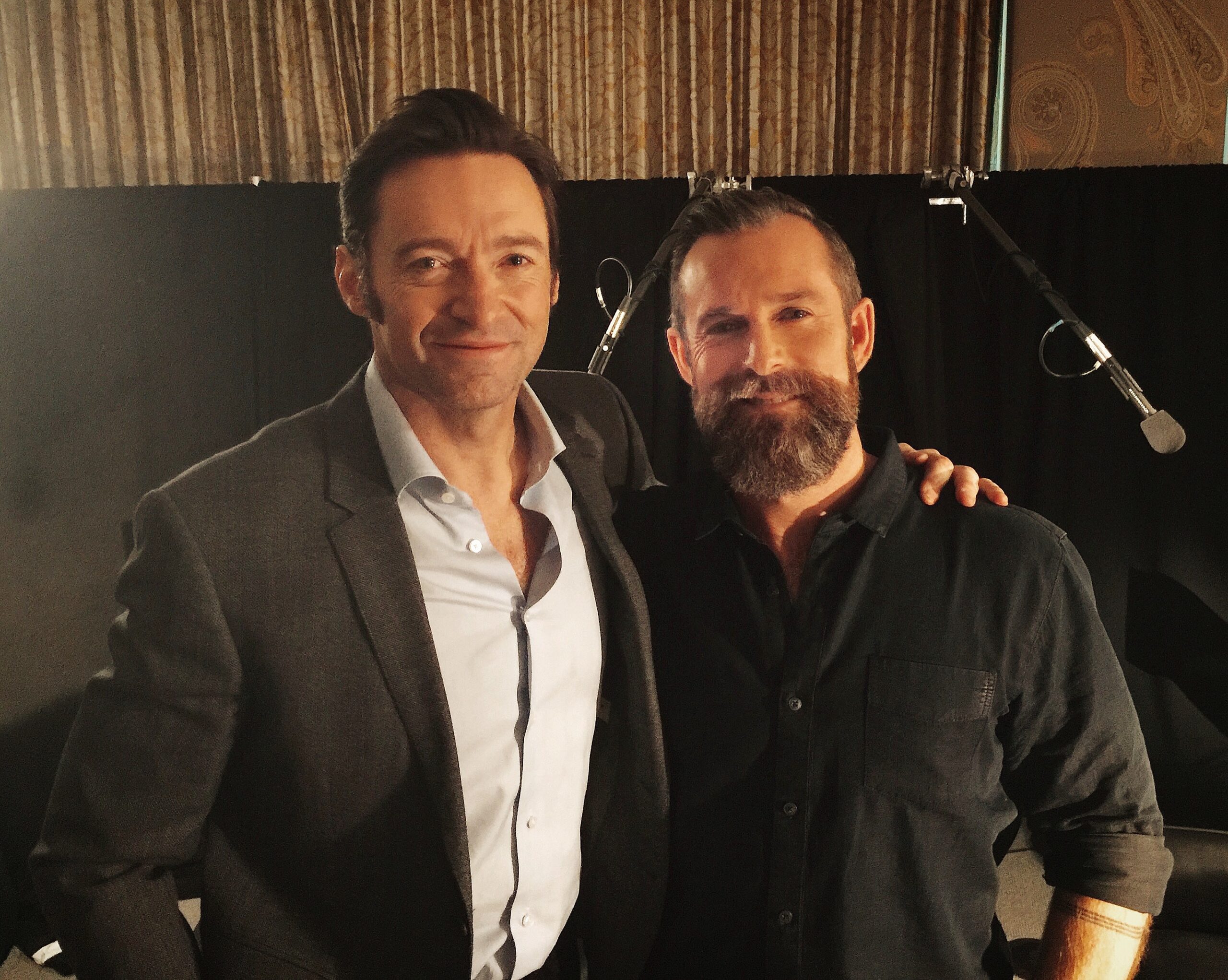 « Previous post
20th Most Retweeted Marketer in The World

Next post »
London Is Calling And So Did Virgin Atlantic!