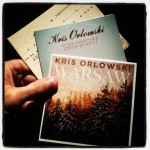 For those who follow me on Twitter or Facebook or read this blog you may already know that I’m a big fan of a guy called Kris Orlowski.  I am definitely not alone as he has a growing legion of fans that stretch across the country.  Tomorrow night, Wednesday, November 23rd, Kris will play the Tractor Tavern to launch his third (and best) release, a four track EP titled Warsaw released today.

I’ve known Kris for about a year and a half, he was first brought to my attention as a possible candidate to open for one of Team Up‘s Gigs4Good benefits.  After seeing him play and meeting him it was pretty evident that Kris was embarking on a journey and not just playing gig to gig.  Months later Kris headlined the most successful Team Up benefit to date, selling out The Triple Door in support of Climate Solutions.  In my mind, his performance that night was a turning point in his career, he simply nailed it.  His cover of Van Morrison’s “Into the Mystic” performed in the middle of the crowd captured hearts.  Fortunately it was also captured on video for us to all enjoy again and again, it is posted below. 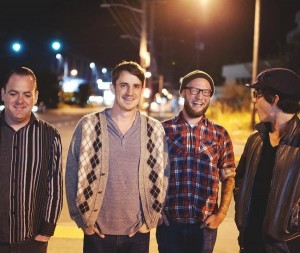 Since then, Kris has gone from strength to strength, from playing Bumbershoot to finding the right guys to play in his band, everything he does sees his journey progressing in the right direction.  Being a friend of his I see how hard he works, and it has inspired me to help out where I can, but the truth is I’m a fan, pure and simple.  Warsaw is beautiful, it is definitely Kris’s best songwriting and a big step forward for guy who is truly going places.  Get on board folks, buy Warsaw here for just $5 and grab $8 tickets to Wednesday nights show here.  You won’t be disappointed.

FYI Kris will be joined at his CD Release show by the Smokey Brights and the very talented Hot Bodies In Motion.  I hope to see you there!

Welcome To Doe Bay – the documentary!

Just a little reminder that empathy for other peop

I’m looking forward to having the function here

Who could dispute a single word AOC says in this v

For all of you are are ready. Call them in! #rel

Nature is amazing!! 🌈 I was so grateful to wit

I keep coming back to the first line of this quote

Words of wisdom from someone who made superheroes

People talk about the importance of loving yoursel

I swear there is no greater feeling than reaching

Don’t be fooled. We’re all working this thing

The Real Flex is How Many Wounds You Can Turn into

This was my morning view today—the words on the

We are all a product of our experiences. From thos

Words of wisdom by jayshetty. Awe by nature. #ab